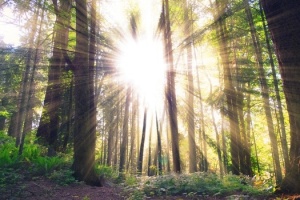 January in the Northern Bay Area microclimates is often a month when you see it all: The rain, the wind, the 70° days, the occasional frost, and even a freeze or two. If the rains continue for more than two or three consecutive days, make sure to prop up one end of the bonsai pots to encourage draining. Take note of frost warnings and get pots under leafy canopies, or up under the eaves against the house, or under their own benches to prevent possible damage. They might all be okay, but why take the chance? Tropical plants and those with tender stems and leaves must all go to the garage or even inside for a while. If the temperature drops below freezing for more than a short few hours, make sure that all the above procedures get done, and invent some more protections as well. Soil in small pots freezes faster than in bigger ones, and frozen roots usually mean true disaster. Wet soil freezes and crushes roots, dry soil encourages roots to expand and rupture; so here we are back to the old necessity of being able to judge whether to water at all, and how much? Because the soil should always be moist, neither wet nor dry. This is a tough recurring problem, this water thing, one that we all have to master eventually, and for a surprisingly long and varied list of reasons.

Don’t forget to use a dormant spray at the end of the month, the third and last one of the year. If you forgot the one at the end of December, do it in early January and repeat it three or four weeks later. Put newspaper or something over the soil to prevent getting the stuff into the root zone, then do a very thorough job of soaking over, under, between and beneath everything so that the spores, eggs, larvae and dormant forms of an army of creatures won’t have to be battled, sprayed and eradicated later.

Repotting becomes possible toward the end of the month in the Mediterranean-type climates that most of us enjoy here in the Bay area. When the buds begin to swell is the golden perfect time to trim roots, refresh soil and begin anew. The ideal is to get a new pot, a new angle, a new front, some new soil engineered for the prefect water retention needs of that specific tree, or all four at once. The trees that are starting to bud out are first, the pots that drain too slow are next, and the ones you can’t be sure about have to be done even if (or maybe especially if) they were recently acquired. It’s a good idea, in January, to get a good quality five-power magnifying glass, one with a light is ideal, to begin examining buds and growing tips so that you become familiar with growth stages, damage patterns, and the look of healthy tissue. These observations give weight to your decisions and hunches about what your trees need next, and why, and when. Learning a little more horticulture and botany always comes in handy.

Other than getting ready for Spring, it’s not a very busy time in the average bonsai garden. Just keep the garden safe from freeze and flood, stay calm and carry on.