The Marin Bonsai Club conducted its annual beginners’ workshop on July 18 and 25, 2017, at the Multi-Purpose Room at the Marin Art and Garden Center, Ross, California. This year’s beginners’ workshop or workshops were different in that they were taught as two-part classes by senior club members. The objectives were to teach interested students what is bonsai and learn from practical, hands-on techniques for developing nursery stock plants, styling, care, and maintenance of bonsai. 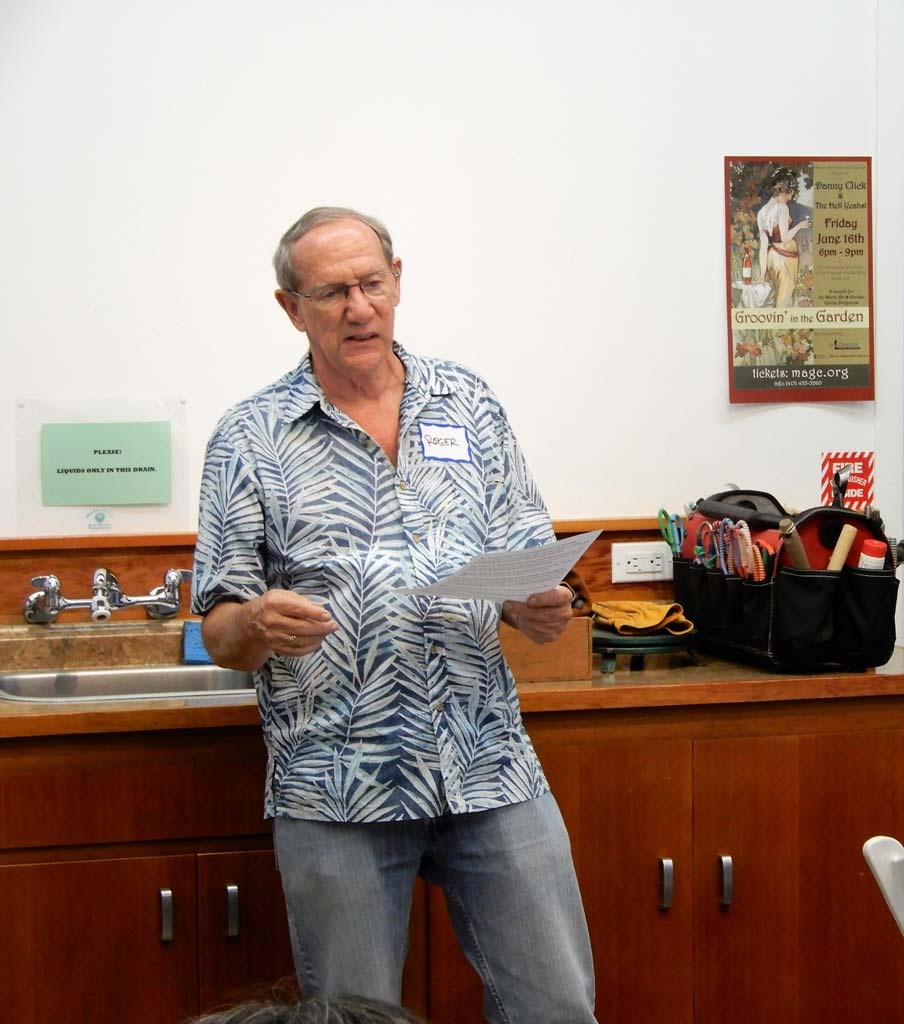 Roger Lion lecturing on the definition of bonsai and its origins.

The club provided the students with two plants (boxwoods and golden junipers) and aluminum wire and the tools to work with. The cost was $70 which included plants and supplies. Reservations were required and were started at the Marin County Fair bonsai display at the beginning of July. The responses to reserving one of 12 positions were great. The club had to turn away a number of individuals due to all 12 positions being filled early. 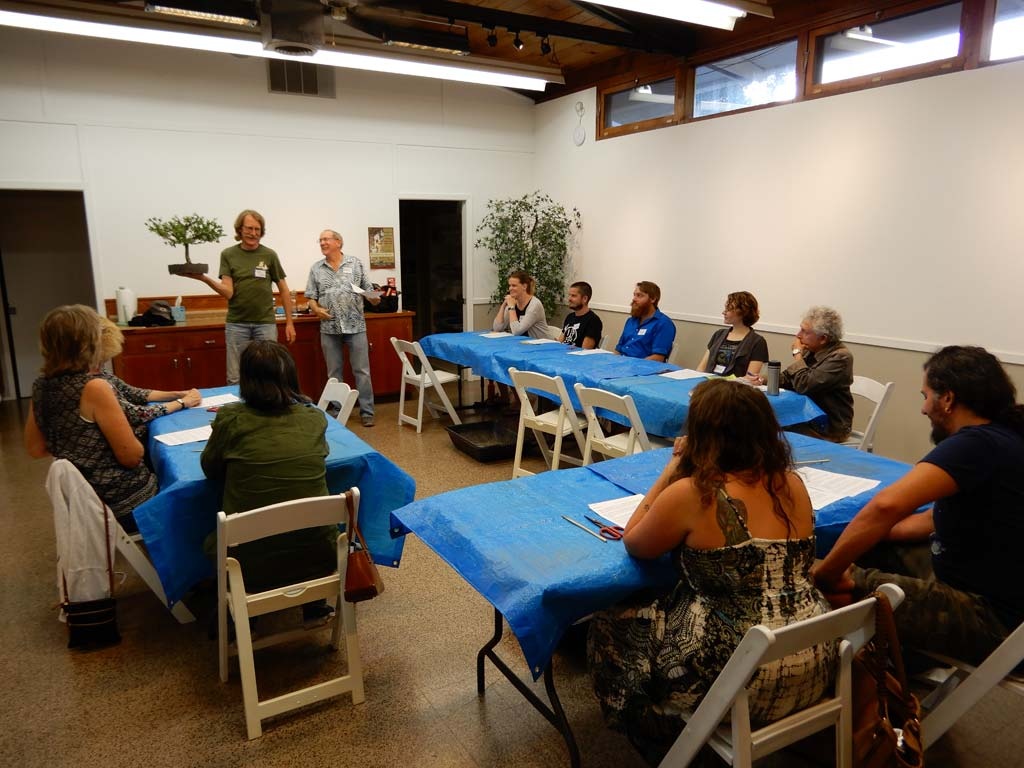 On July 18, the president of the club, George Haas, welcomed everyone and introduced lead instructor Chris Ross, assistant instructor John (the Wire Guy) Doig, and bonsai historian Roger Lion. Other club members were present to help out.

The first class covered the definition and origins of bonsai by Roger. Then, Chris explained styling a bonsai from nursery stock. The students worked on boxwood nursery stock. Each student was afforded time with an instructor or a senior club member in the steps taken to clean up the nebari, remove unwanted branches, style and wire their bonsai. 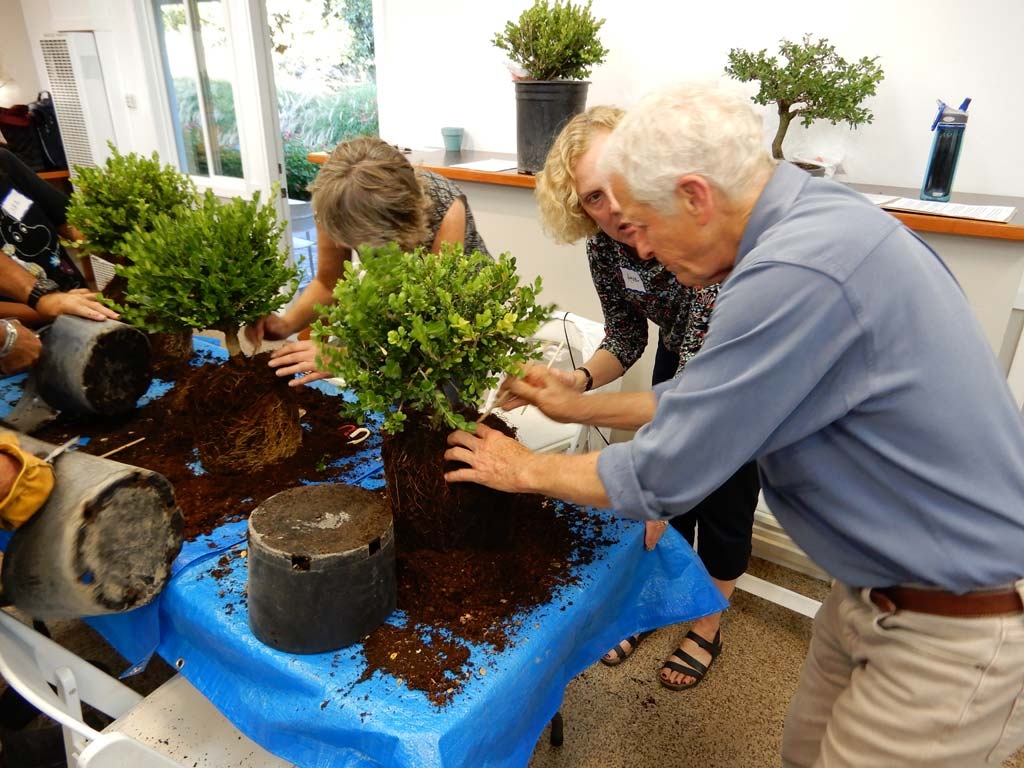 Chris Ross working with a student by revealing the nebari.

The students worked enthusiastically as they got their hands on their trees, removing branches and wiring the primary branches. The students learned how to locate the front view of their bonsai and to follow the flow of the main trunk in developing unique styles of bonsai. 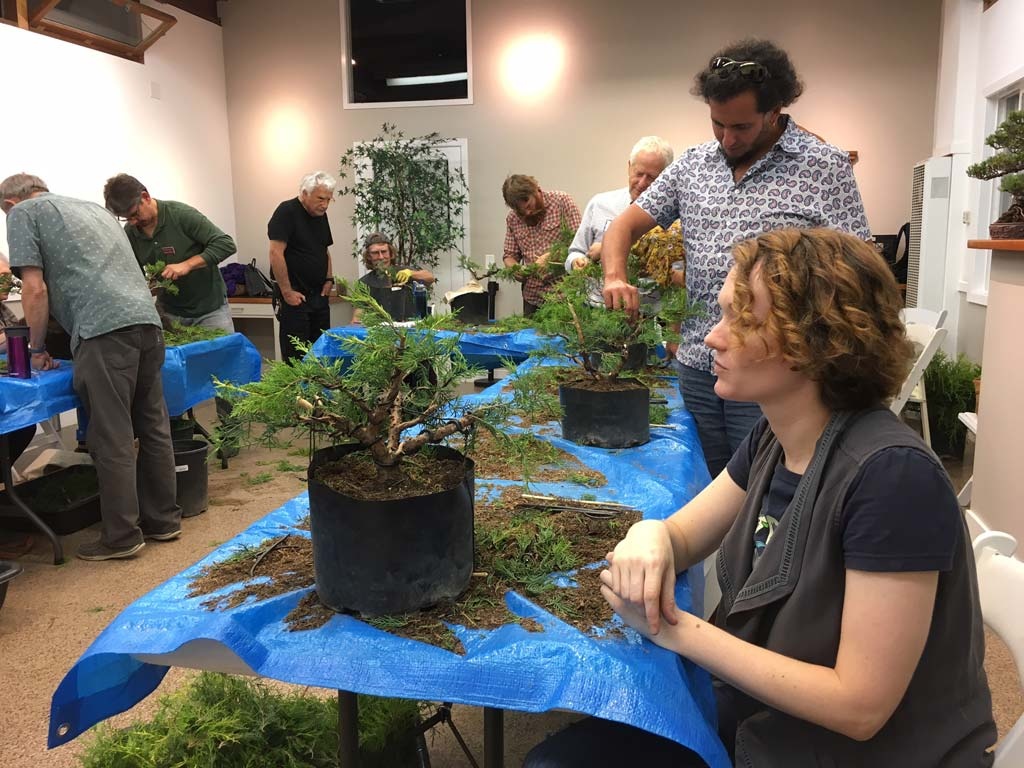 The second part of the workshops took place on July 25. Each student was given a golden juniper nursery stock plant to work on and to practice what they learned on the first workshop. It was great to observe the students’ enthusiasm as they immediately took to discovering a front view, removing top soil to reveal a nebari and trunk movement to the right or to the left, and then start cleaning dead and unwanted branches and foliage. 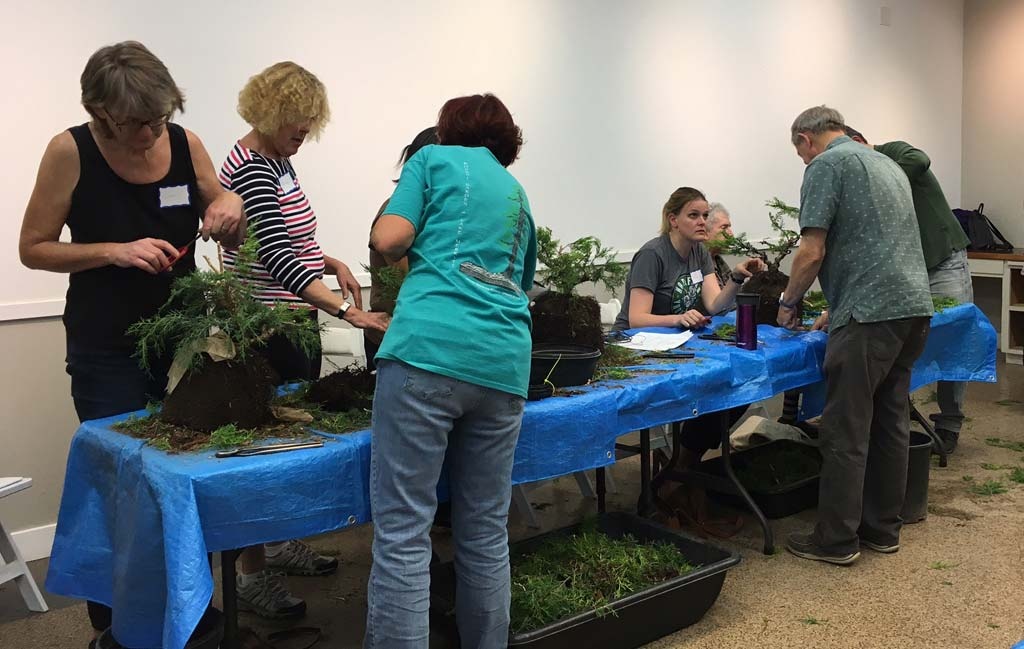 The end result of both workshops was developing bonsai. The students showed a certain pride in what they had accomplished in roughly four hours of hands-on bonsai artwork. The club instructors and helpers all expressed satisfaction in how the two-part workshops were conducted and how well the students learned the bonsai basics. The students were all invited to attend repotting of their bonsai at club workshops early next year. 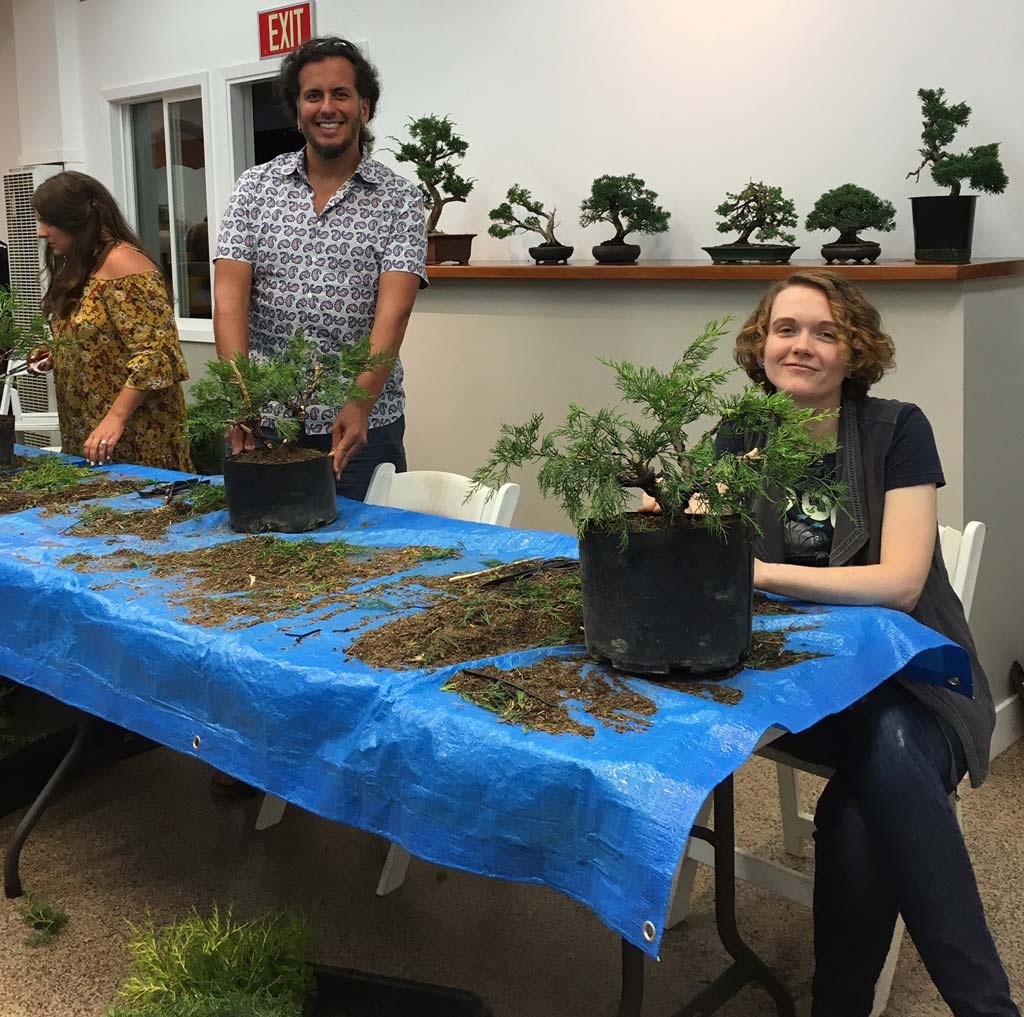 Overall, the idea of having two workshops on beginners’ bonsai following the Marin County Fair club bonsai display was a winner for everyone.

This entry was posted in Workshop Recap. Bookmark the permalink.