Our June presenter was Bill Castellon, a professional landscaper, aesthetic pruner, and shohin fanatic with extensive experience growing and pruning pines of all sizes and varieties. The topic of the evening was decandling black pines and Bill brought a vigorous young black pine for demonstration, which was raffled off at the end of the night.

Bill went straight to a discussion of decandling timing strategies and never gave the down-and-dirty on what decandling is and why it’s important. A quick explanation for those newer bonsai enthusiasts reading this: Decandling a pine means cutting the new growth shoots of a vigorous pine, referred to as its candles, so that when the needles developing inside of them open up later, they are noticeably shorter. It is done because simply cutting the needles after they are fully developed will result in unsightly brown tips on the needles. The proper timing of this procedure is a topic of much debate, with as many opinions as there are microclimates in the San Francisco Bay Area, but the one agreed-upon constant is that the later you make the cut, so long as you don’t wait too long and miss the developmental window, the shorter the needles you will get. Decandling is also done to encourage division, being the pine equivalent of tip-pinching on deciduous trees.

Like many of our other favorite presenters, Bill does not like to state absolutes like, “You must decandle in June.” Rather, he likes to set general guidelines and emphasizes that you must consider the individual tree and its specific environment. As an illustrative example, he points out that shohin artists in Japan wait until as late as July 15th to decandle, to get exceptionally small needles. They can do that there because their climate supports it, but here in the Bay Area, Bill suggests we don’t push our pine candling past July 4th at the absolute latest. If you decandle your pines too late, you’ll get malformed or otherwise unhealthy needles, or even an entirely failed growth tip that eventually withers and dies. When in doubt, or if you absolutely must go by a specific date, Bill says that June 15th is a safe time to decandle pines in our area.

TIP: Come early and have dinner at the many great restaurants across the street, featuring Thai, Mexican, Italian, and Japanese food, and deli selections at Scotty’s Market!

On July 16 and 23, at the Terra Linda Community Center, San Rafael, California, Marin Bonsai Club (MBC) conducted its annual beginners’ workshops. This year there were two workshops, one with 10 students and the other with 11 students, all learning the living art form referred to as bonsai. Each student worked with a senior member of MBC on creating a bonsai from nursery stock. The trees were Prostrada junipers, roughly five years old and having been repotted by the Calaveras Nursery, Inc., located in Sunol, California. The junipers were repotted in five-gallon nursery containers about two and a half years ago and had well developed root systems.

The workshops were laid out in five tables with two and three students per table. A senior MBC member/instructor was assigned to each table. Many thanks to John Doig, Janice Dilbert, Dan Keller, Alan Voight, Michael Murtaugh, Chris Ross, and George Haas for volunteering their time and experience in teaching the workshops.

John prepared the junipers in advance of the workshops by cutting the root ball in half, reducing the size of the nursery containers and wiring to secure the trees in the container. He also exposed the nebari by scraping away some of the surface soil from around the trunk base. This preparation saved a lot of time and avoided the mess of the students dealing with the same. It allowed for the instructor to begin the teaching of bonsai creation.

Prostrada juniper (Juniperus horizontalis) has a low horizontal growth pattern. The plant is used in landscapes. The numerous branches provide extreme movement and is quite suitable for bonsai.

Instructions basically started with cleaning the branches of unwanted foliage; dead foliage, downward growth, crotches. Once the heavy foliage was removed, unwanted branches were removed entirely or made into jin (deadwood) features. Some proceeded to select a front view, while others delayed identifying the front view and continued to work on structural and primary branches.

Students had input into the bonsai design with some choosing cascade or informal upright styles. John brought two Prostrada juniper demonstration trees to aid the students in their creations. These were junipers that were created by John and Chris during demonstrations conducted in conjunction with the Marin County Fair earlier in the month.

MBC provided aluminum wire for the workshops. Wiring was a critical part of creating the student’s bonsai. The instructors demonstrated the application of aluminum wire on the trunk and primary and secondary branches. The students then followed by wrapping the wire around the branches.

The students expressed great enthusiasm and enjoyment in their creations of bonsai. A number of them showed interest in joining the club. In fact, there were several students who joined MBC during the workshops. All of the students were invited to join MBC’s winter repotting workshops in 2020.

We’ve just wrapped up another very successful show at the Marin County Fair!

Here are a few photos to enjoy and there are many more in the 2019 Marin County Fair gallery on our Visuals page. Check it out!

May 2019: Peter Tea on deciduous trees

Just before his May 7 presentation to the Marin Bonsai Club, Peter Tea wrote on the board nearly the same basic bonsai manipulation tactics he has written up there, and discussed, since his first lecture in our ongoing educational series with him. He listed the three methods of direct manipulation most relevant to the current discussion: Cutting, Pinching, and Defoliation. And then there were the five other main overall ways of inducing change in bonsai: Sun, Water, Soil/Pot, Repot Interval, and Fertilizing.

Not that he was being redundant. Quite the opposite, he was showing the foundation of bonsai methods we have been studying with him for a few years now, and foreshadowing the way in which his talk was about to focus on Cutting and how it really stands alone in contrast to all the other methods he listed. Note that for purposes of his present discussion, Peter minimized his discussion of Pinching and Defoliation, since they’re essentially variations of the same technique: physically altering your tree by removing part of it. His ultimate point was that cutting is a little more dramatic than simply feeding your tree differently or giving it a larger pot, and therefore should be treated as the alternative to those other methods. To emphasize his point, he referred to cutting as “Tactic 2.” The other methods, which Peter collectively referred to as “Tactic 1,” he said may not be as exciting as cutting, but they are ultimately more powerful and controllable in a lot of important ways and should therefore be your first means of altering your bonsai.

But when changes in fertilizer, soil, etc. aren’t accomplishing your goals, it’s time to pick up your tools and do some cutting. And May is certainly the right time of year, because any tree or area of a tree that is getting too much energy will be growing like gangbusters. May is a real busy time for owners of deciduous trees.

Peter makes a point to differentiate between cutting and thinning. Cutting a branch back causes division, which leads to ramification and other desirable aesthetics, but it also slows the tree down, which is often the only real reason for cutting back the branch of a fully developed tree. Thinning, on the other hand, is not just a more widespread approach to removing growth tips from the tree, it’s an important method for revigorating what’s left after you’ve trimmed. What’s left will be stronger, an effect that is particularly helpful if that area was struggling.

This cutting/thinning distinction set Peter up for his conclusion later on, when he discussed the way interior growth can suffer despite your isolated attempts to cut back the ends of the branches. If you’re trying to encourage an individual piece of secondary growth to divide and thrive, cutting the end may not be enough, because the tree still does not consider that area to be part of the exterior, or canopy of the tree. In other words, even though there’s nothing growing further out on that particular branch, and you may have cut areas back above, the fact remains that, in relation to the rest of the tree, it’s not at the “outside” of the tree, which is where the tree wants to put its energy. That is why sometimes you just have to cut way back all over the tree and essentially start over. The way Peter puts it, sometimes you just need to “make the inside the outside.”

Here is a direct link to the Golden Statements Magazine for your reading enjoyment.

Click on the button below to see who’s signed up for which shifts – updated 7/2/19.
Please use the ‘Contact Us‘ form or email info@marinbonsai.org to sign up.

This really is the highlight of our bonsai year, and if you’ve ever been a docent before then you know that it is a lot of fun. You will get to answer really basic questions about bonsai and meet nice people who are interested in your hobby. It’s also a fun time to hang out with fellow members and share bonsai experiences.

The Fair runs from July 3 – July 7 and there are 3 shifts each day. We need for all of them to be fully staffed so we can make sure our trees are safe from curious fingers, well watered, and the public well-informed about the glorious art of bonsai. So check your calendars, confer with significant others, look at the Fair schedule for other events you might want to explore on the same day, and sign up for multiple shifts, if you can possibly manage it. We need all hands on deck at the Fair, and for set up and take down as well. The Fair exhibit is a fund-raiser for the Club and one of our best opportunities to reach out to the public and recruit new members. It’s easy. It’s fun. Your Club really needs you to help out.

We will have admission tickets for docents and parking passes for those who pull multiple shifts at the June 18 workshop.

SHUTTLE TO THE FAIR! 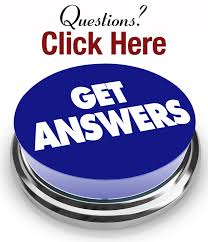 Here you’ll find answers
to the most frequently asked questions
from visitors to our show.

The Marin Bonsai Club has published a club information brochure for distribution. The brochure is loaded with information about our club philosophy, activities and exhibitions, and a brief history. It is intended for public consumption and new members. You will see it as a hand-out at our annual exhibitions and auction & sale. For more information, contact either Candace Key or George Haas.

This is the time of the year the club members really pull together to promote our club in the best possible way through the display of our bonsai. Please prepare your trees to show their best. Sign up for multiple docent shifts if possible. We need as many volunteers as we can muster.

The Fair is always so much fun; we get to promote the Marin Bonsai Club, sign up individuals for the beginners’ bonsai class and auction following the Fair, all of which attracts new members. Our bonsai exhibit is a big draw among Fair-goers and we need to make this one another standout.

I hope everyone will lend their support.