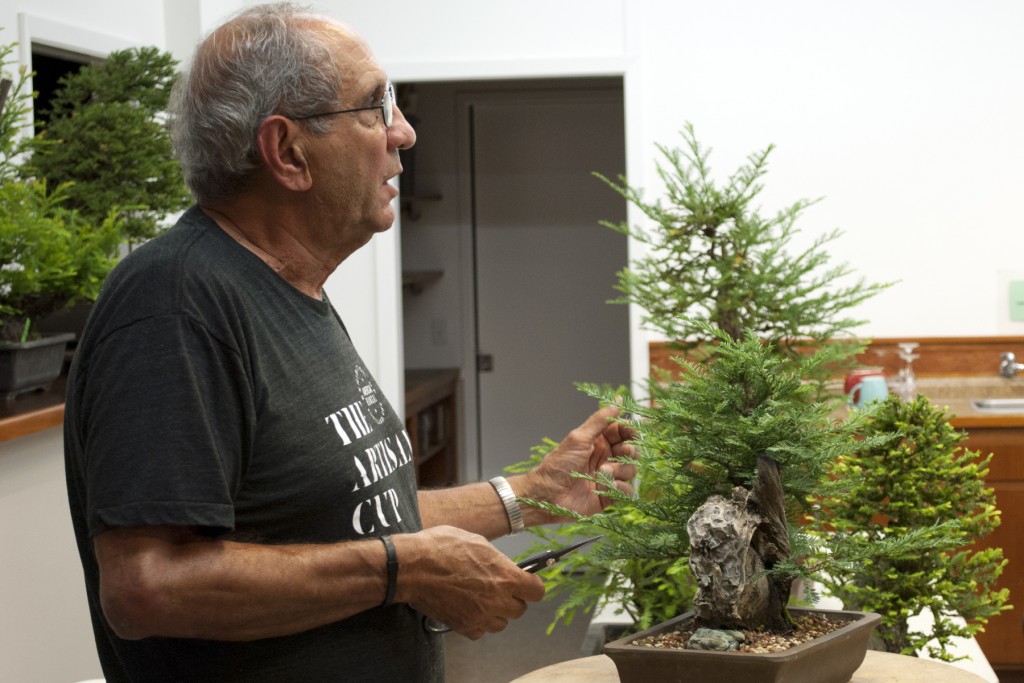 Bob Shimon brought a few spectacular display trees in addition to the tree that was extensively trimmed and wired for the demo he did for us at October’s meeting. He also had time to discuss, and even lightly trim, trees brought in by Candace Key and Art Wasserman. Bob talked extensively about shaping Redwoods, their vigor, and collecting Redwoods and other trees. Apparently, Redwoods are so vigorous that when they are collected, all but a few feeder roots may be sacrificed, the foliage may be removed, and the trees survival chances will remain rather high. The best soil in which to place a newly collected Redwood is a sandy soil. Once the tree is ready to go into a regular bonsai pot, at least a year after collection, pure akadama soil works well. If you like using pumice and/or lava for increased drainage, one part of those elements may be added to two parts akadama. 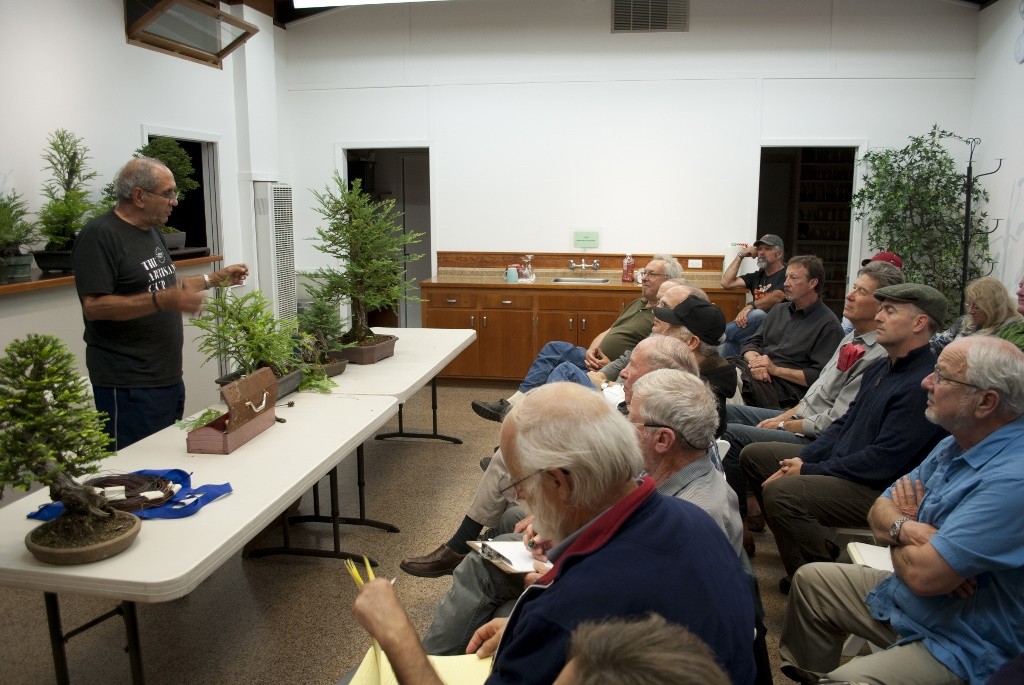 When discussing the development of Redwoods, Bob pointed out that even his most ramified and bushy looking tree with him that night had relatively few branches. Redwoods do not need a lot of branches, just good movement and layers of growth achieved with a few. In addition, Redwoods do not do well in full sun, preferring at least midday, and even as much as all-day shade. Too much heat makes Redwoods go dormant. Lastly, Redwoods are virtually disease-free in nature, but subject to fungal infections when potted.

At the end of the night, Bob’s demo tree was won by Michaele Jaffe. Congratulations, Michaele!